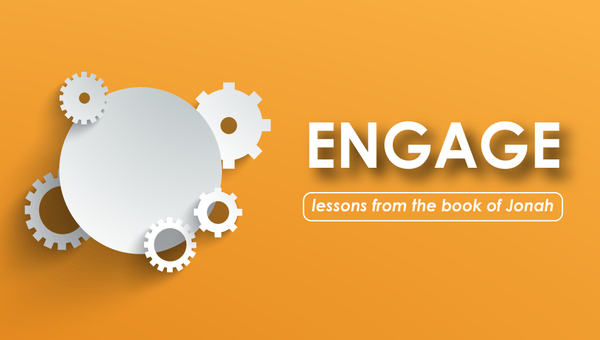 Jonah is the worst and the greatest of the prophets. The worst because he ran from God and God’s mission — and as a consequence, landed in the belly of a whale. But after he came to his senses and fulfilled his assignment, he fell into an angry depression. He was resentful at God for saving the hated enemy, for being so compassionate to them, and sulked like a sullen teenager.

But he’s the greatest prophet because he’s the only prophet in the entire Bible who fulfilled his mission and converted all the people, in this case, the large city of Nineveh in the evil empire. No one ever did such a thing. He fulfilled God’s push into prophetic ministry.

Jonah’s reluctant obedience teaches us a lot about God’s mission in the world and our current mandate to ‘go and proclaim the gospel’. Jonah also exposes our own fears, prejudice and procrastination as we overcome our spiritual inertia and ENGAGE.